The G3 Storm watch went up saturday afternoon, with a good chance of aurora across the entire country!  The only downside was that it doesn’t get dark until after 11pm in the spring months, so it was going to be a late night. I headed out early to Lake Minnewanka as it fills up quick with other people hoping to catch of the Northern Lights. 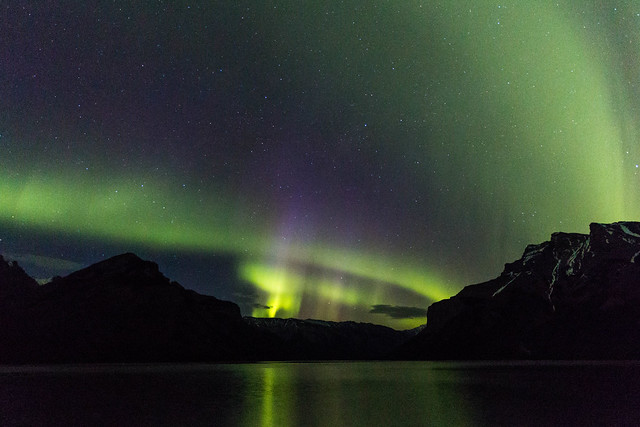 We got to Lake Minnewanka just before 11pm, the sky wasn’t completely dark yet, but you could see the aurora coming through faintly

Pre-dark Aurora and the Line of Cars at Minnewanka 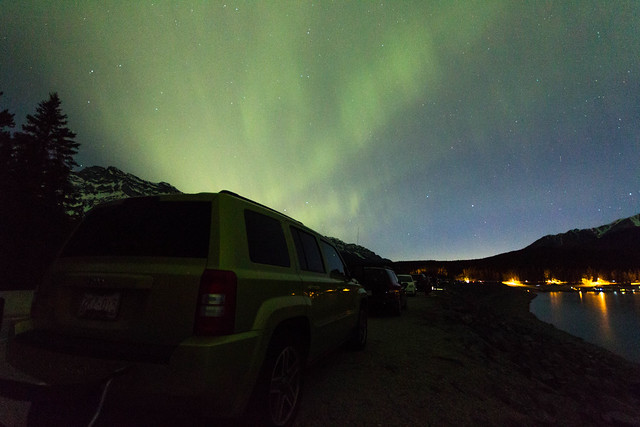 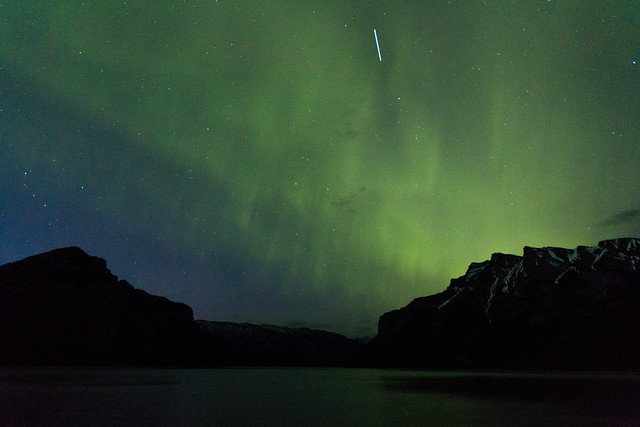 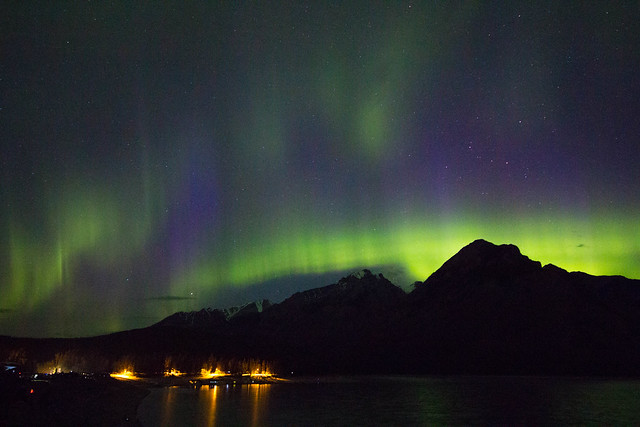 We got a couple hours of solid lights – sometime between 1:30am and 2am the sky just exploded and you could really see the lights start to dance. I barely had time to adjust the camera settings to stop the photos from being overexposed. 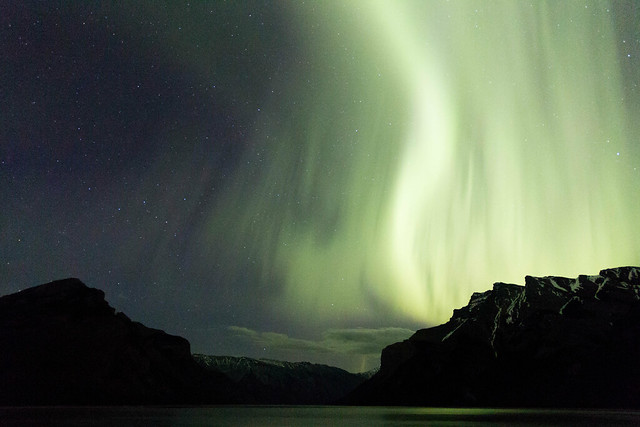 A large bright band stretched across the sky – parked on the road you looked from Mount Girouard straight overhead to Cascade Mountain.

It was a pretty insane show last night…At one point it stretched across the sky. From Cascade Mountain (right) across to Mount Girouard (left). #aurora #northernlights #nightphotography #canadiancreatives #mybanff #banffnationalpark #getoutside #canoncanada #yyc 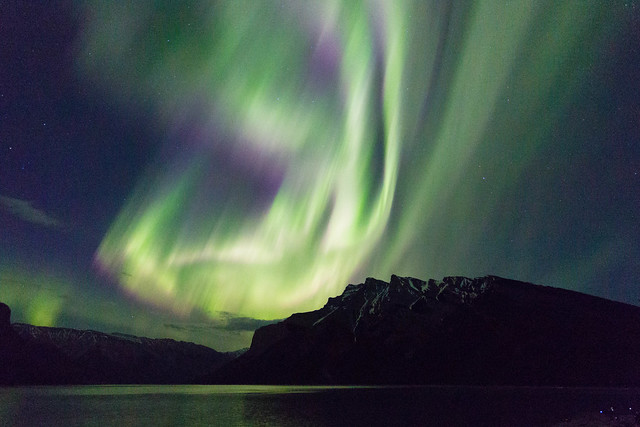 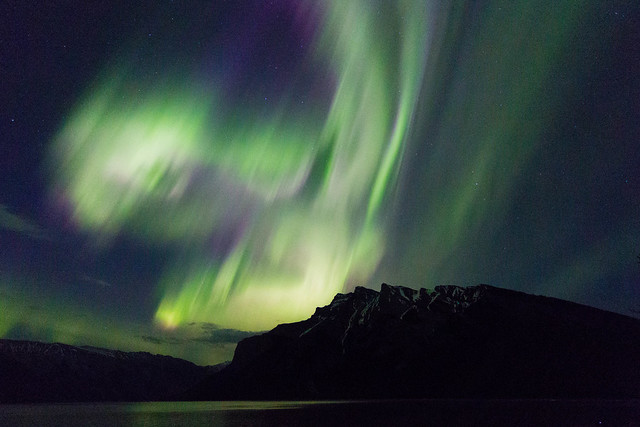 The clouds rolled in around 2am – and I decided to call it a night. You could still see some aurora on the drive back to Calgary from Banff (although not as strong as the Mother’s Day display last year). All in all a great show! 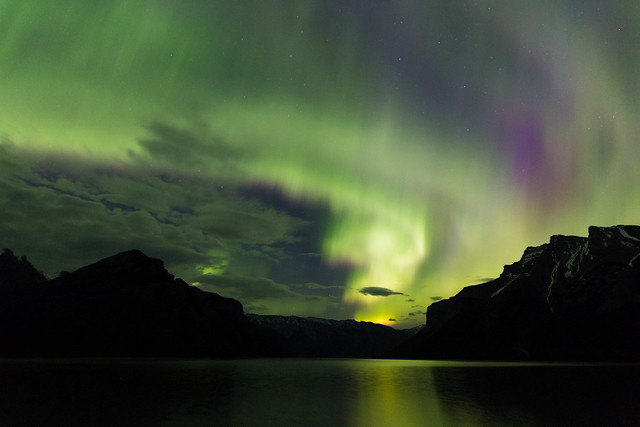